AbnomX is a pragmatic immunoinformatics company and trusted advisor to senior researchers of innovative companies and institutions active in the immunology field. 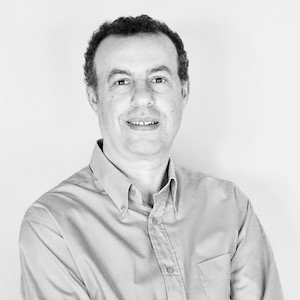 Khalil El Mazouari is the architect of the Antibody-Extractor™ platform and founder of AbnomX. He has been working on Bioinformatics-based solutions for complex multi-disciplinary programs for more than 20 years. From 2003 to 2007, he was Ablynx’s Bioinformatics Manager, where he developed algorithms for processing Nanobody® sequences. Khalil holds a Ph.D. in Molecular Microbiology from the University of Brussels.

Mark Vaeck has more than 30 years of experience in the biotech and pharma industry. In 2008, he co-founded Complix and was appointed CEO in May 2010. Prior to this, in 2006, Mark co-founded ActoGeniX and served as its CEO until 2010. He was also the founding CEO of Ablynx from 2001 until 2006. As a serial entrepreneur he raised more than €100 million in equity financing for the biotech companies he helped creating. Mark holds a PhD in Immunology from the University of Brussels. 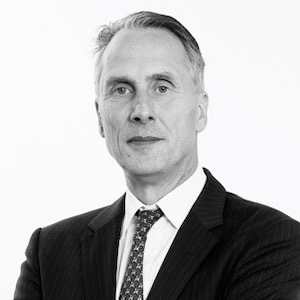 Hans de Haard has been active in the antibody engineering field since 1989. At the University of Maastricht, he created a large non-immune human Fab library that subsequently became a core asset of Dyax, yielding multiple therapeutic antibodies. Later he served  at Ablynx NV as Senior Director Discovery Research. He was responsible for setting up the Nanobody® discovery engine.  Currently Hans is the CSO of argenx, a company he co-founded in 2008. He holds a PhD in Molecular Immunology from the University of Maastricht. He is a Professor of  Immunology at University of Franche Comté  (Besançon, France).

AbnomX is unlike other bioinformatics firms

Focused: Our combined 100+ years of professional experience and 15+ years of AbnomX expertise is focused on solving one key question: how can I leverage software automation in my immune repertoire research to accelerate and optimize my discovery and clinical efforts?

Experienced: Our consultants have on average 10+ years of industry experience and have worked for leading biopharmaceutical companies. They save you precious time and money.

Agile: Our lean organization allows us to move fast and respond quickly.

Holistic: We offer full-spectrum solutions composed of many complementary modules.

Intelligently separating the signal from the noise

Whether you are a start-up, a midsize company or a large biopharmaceutical company, our team will support you on your journey towards industrialization of antibody discovery and obtaining deep insight in your immune repertoire research, intelligently separating the signal from the noise.

This website uses cookies to improve your experience while you navigate through the website. Out of these cookies, the cookies that are categorized as necessary are stored on your browser as they are essential for the working of basic functionalities of the website. We also use third-party cookies that help us analyze and understand how you use this website. These cookies will be stored in your browser only with your consent. You also have the option to opt-out of these cookies. But opting out of some of these cookies may have an effect on your browsing experience.
Necessary Always Enabled
Necessary cookies are absolutely essential for the website to function properly. This category only includes cookies that ensures basic functionalities and security features of the website. These cookies do not store any personal information.
Non-necessary
Any cookies that may not be particularly necessary for the website to function and is used specifically to collect user personal data via analytics, ads, other embedded contents are termed as non-necessary cookies. It is mandatory to procure user consent prior to running these cookies on your website.
SAVE & ACCEPT